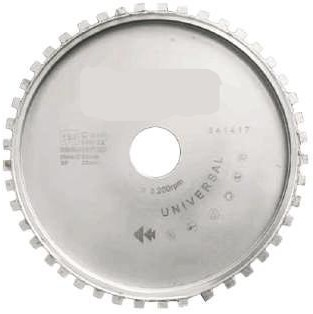 Send email to us

HOW TO USE THE SAWBLADE

The use and maintain of the sawblade

◎ PeriodicaI cleaning and support the machine,the spindle’s running tolerance must be less than h7.

◎ The flanges must be parallel to each other,must be of the same diameter 1/3 of the sawblade’s diameter(formuIti—rip saw blade is 1/2.

◎ After continuous use,must be removed and cleaning the sawblade,get rid of the resin and sawdust of the sawblade of both sides.Other wise it would beinfluence the effect of using the sawblade.

The renovate of the sawbIade

◎ The renovate of the carbide sawblade While it no longer sharpen and the horizontaI piece coarseaess. The power of using sawblade machine obviously Increase. When process materiaI,the materiaI appearred burst. The carbide tip exhaust more than 0.02MM.

◎ For the renovate the sawblade,it shouId be grinding by the a formal company, so be sure the quality of the sawblade after renovating.